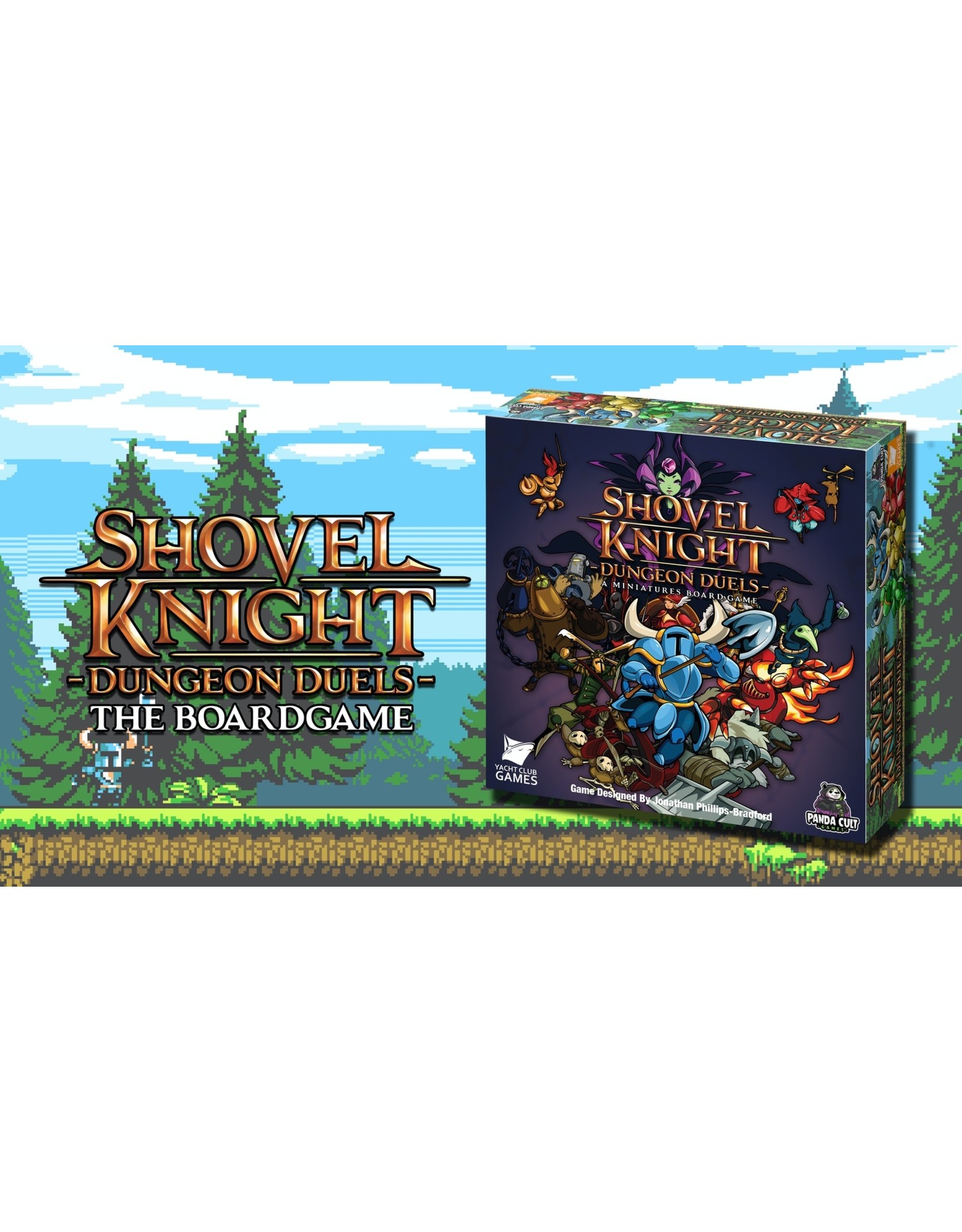 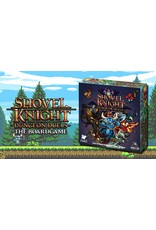 Get ready to sharpen thy Shovel! Shovel Knight: Dungeon Duels is a 1-4 player side-scrolling, miniatures board game based on the popular video game Shovel Knight by Yacht Club Games. Players will venture into a dangerous dungeon filled with enemies and traps themed to one of the infamous members from the Order of No-Quarter to compete against rival Knights for treasure. Whichever player has the most treasure at the end of the dungeon is the winner!

In Shovel Knight: Dungeon Duels , treasure is earned by rolling dice to defeat enemies, digging up the scattered dirt piles, and finding gold dropped by other players!. As players advance through the dungeon, they're likely to find powerful one-shot items called Relics as well as a friendly merchant named Chester who's willing to exchange some powerful equipment for some of your treasure. When defeated by enemies or falling into deadly spiked pits, players will drop half of their treasure, allowing the other rival players to come by and collect it. Don’t worry though, if a player’s Knight has been defeated, they spawn back into the game in the following round! Though a player’s Knight may be able to wound enemies, they cannot hurt another rival Knight as it is against their chivalrous code (or shall we say...shovelrous code?) The code of shovelry says nothing about pushing each other around, however, as Knights may knock each other into deadly spiked pits, enemies, or otherwise disadvantageous positions!

Not only will enemies and Knights be moving, but the dungeon itself will too. Like a level you'd see in a classic video game side-scrolling segment, the dungeon will constantly move along with or without you, so make sure to keep up! Each round, the leftmost tile will fall off while a new tile moves on from the rightmost side of the board, and any enemies, treasure, or Knights are then defeated and removed from the board! Once players have dealt with the minions and lethal terrain, they will face off against a boss from the Order of No-Quarter as the final challenge of the dungeon. Bosses from the Order of No-Quarter are controlled by their own unique AI Deck, randomizing their attacks for an unforgettable fight. Each time damage is done to the boss players will gain gold, but each time the boss damage them they'll lose gold. Whoever has the most treasure by the end of the fight is the winner!

—description from the publisher